Biden sides with China over Taiwan 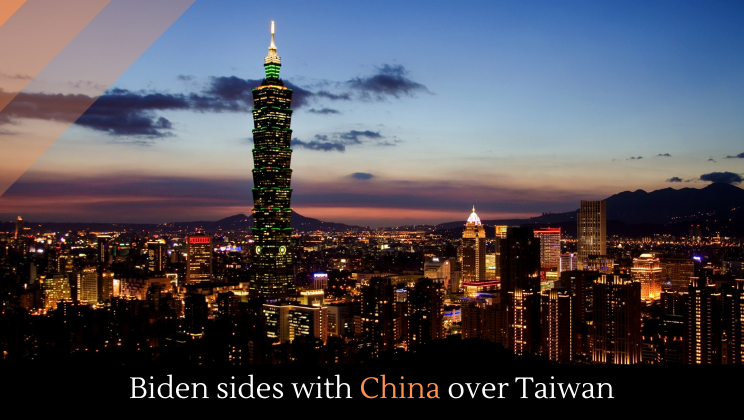