Biden is “tired of talking about Trump,” saying what we’re all thinking 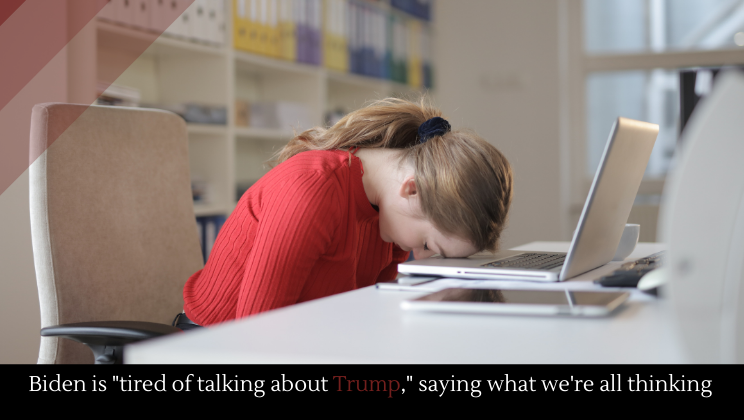 Finally, Biden says what so many of us are thinking: “I’m tired of talking about Trump.” Biden said that in response to a reporter’s question about Trump’s impeachment. Instead of hearing about Trump, Biden commented, “For four years, all that’s been in the news is Trump. The next four years, I want to make sure all the news is the American people.”