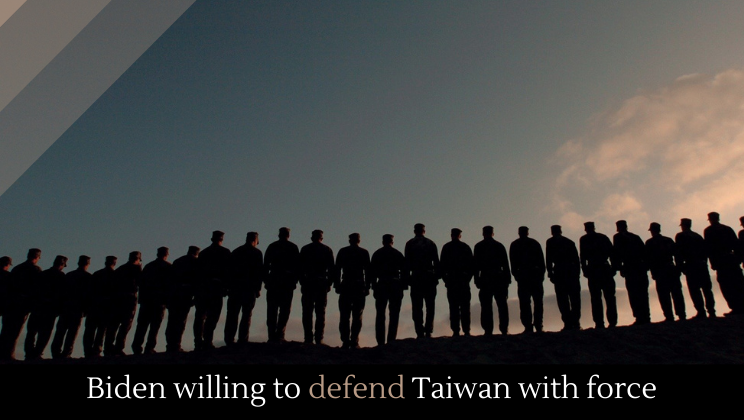 President Biden has said he would be willing to defend Taiwan with force, should China invade.

Once again, Taiwan had to scramble fighter jets to warn off nine Chinese aircraft in Taiwanese airspace. Late last month, Taiwan has scrambled its fighters and activated its missile defense system after detecting 39 Chinese warplanes just outside its national airspace. The event comes as the United States is trying to find a way to accelerate delivery of fighter jets amid increasing tensions with China.