Biden won 10m more votes than any other president in history 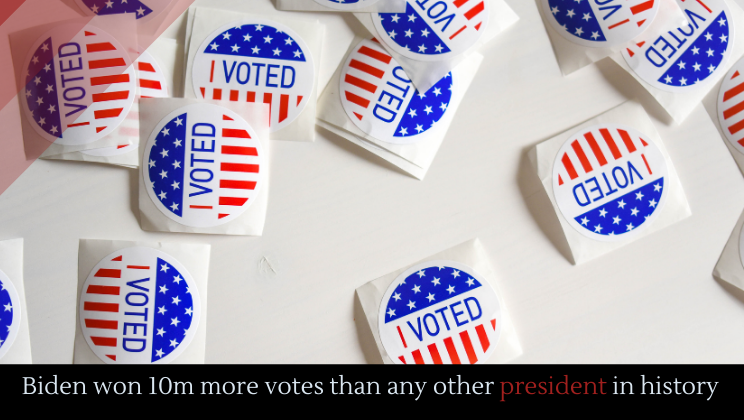 Joe Biden won the popular vote by ten million more votes than any other president in American history.