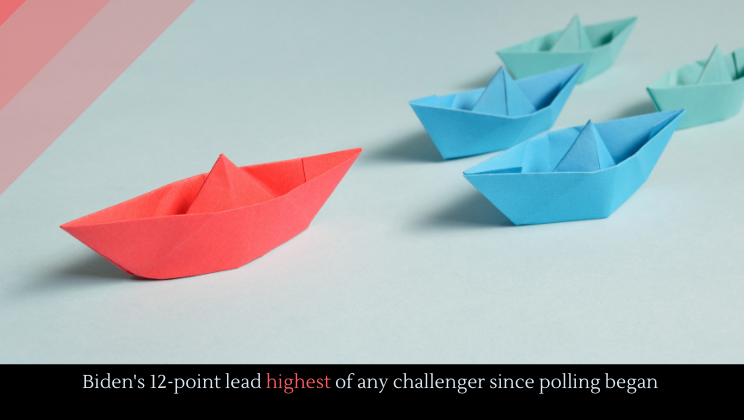 Joe Biden has a twelve percent lead over incumbent Donald Trump, the highest lead of any challenger since scientific polling began in 1936. The majority of voters––some 57%––think Trump has not paid his fair share in taxes, indicating just how bad things are looking for Trump.