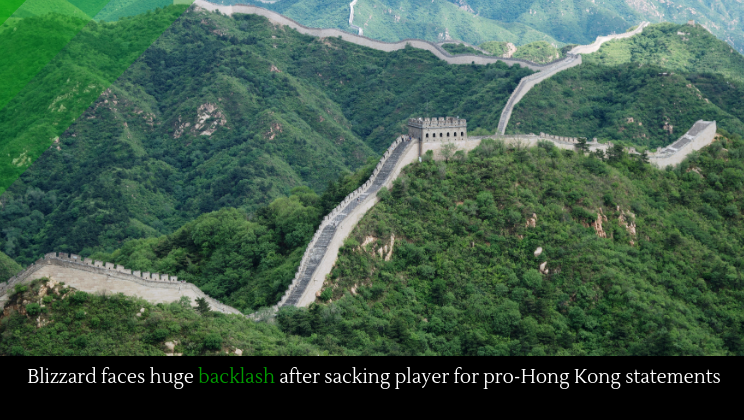 The gaming company Blizzard is facing massive online backlash after pulling a player, Chung “Blitzchung” Ng Wai, from a tournament and banning him from Hearthstone esports for a month. They also revoked his prize money.

Within hours of the news, and Reddit’s obvious bias, the top post on Reddit was this, containing this image: