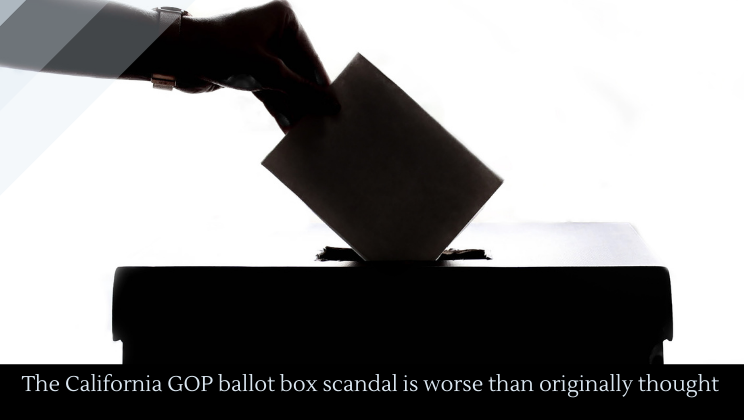 The California Republican Party has admitted to setting up “unofficial” ballot boxes, which they claim are a totally legitimate way of “helping” the election along. And, we’re learning that the problem is much bigger than we thought. There are probably well over 100 such boxes all around the state.

Earlier this week, the Orange County Register accused local GOP party members are putting up fake ballot boxes and then encouraging people to use them. The evidence comes from the California Republican Party’s social media page, which shows someone kneeling next to a fake ballot box with a note encouraging people to reach out to the party for a location of drop boxes. The California Secretary of State has received numerous complaints about possible fake ballots.