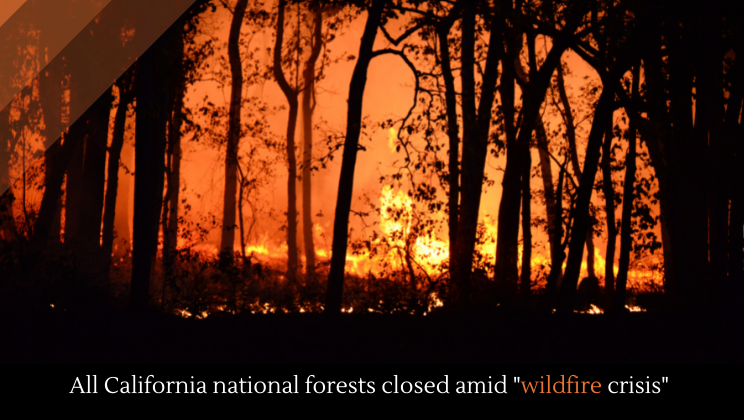 All national forests in California have been closed until September due to the state’s “wildfire crisis,” according to the U.S. Forest Service. The hope is that closing the forest will prevent more fires and keep firefighters safe and able to concentrate their efforts on preexisting fires.