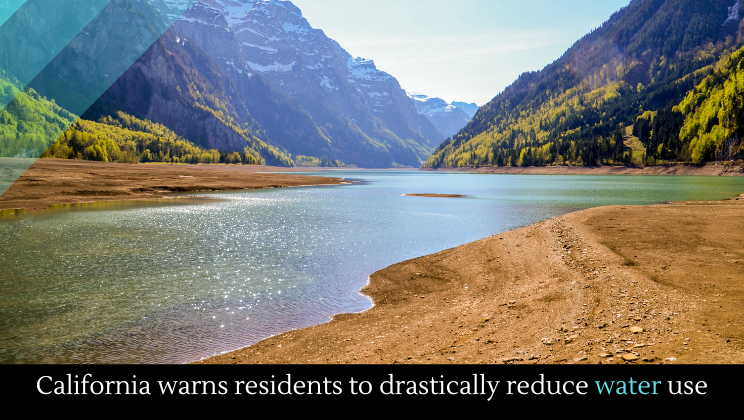 California officials are warning residents to drastically reduce their water usage, lest face shortages for indoor water use.