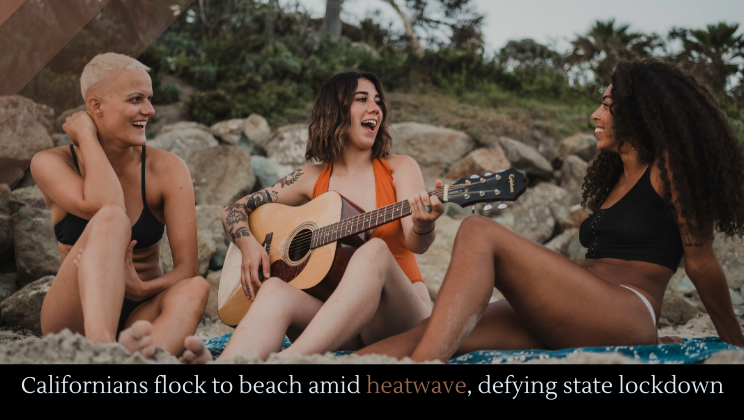 Californians are flocking to the beach as the state experiences a heat wave, defying the state-wide stay-at-home order.

This is happening despite the fact that an overwhelming majority of Americans, 81%, say that lockdown restrictions should not be lifted if it means coronavirus will spread.

According to a Pew Research survey, the American public thinks Trump did a poor job handling the COVID crisis. 65% of Americans think Trump was too slow in responding to the crisis. Polls also reveal that Americans are more concerned that the country will be “opened for business” too soon, as opposed to too late, explicitly contradicting Trump’s statements. The images from the California beaches remind us that reactions to the lockdown will change overtime, and even those who might have criticized Trump may get tired of being stuck at home.