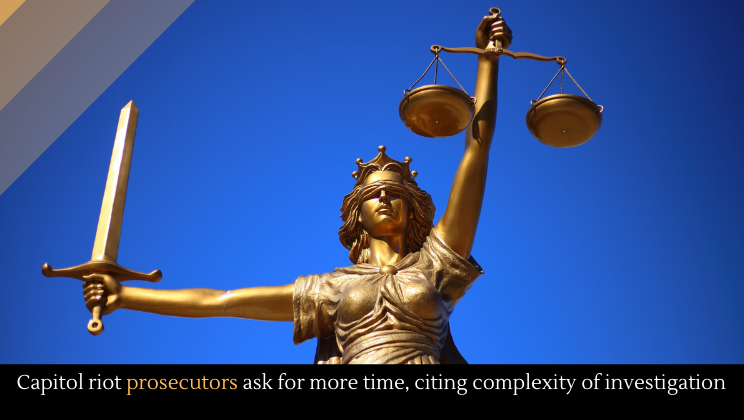 Prosecutors investigating the Capitol riot have asked for a delay, citing the “most complex” investigation in American history.