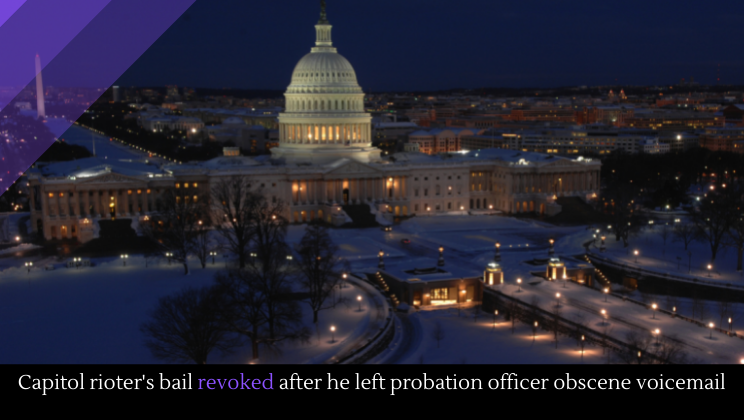 Brandon Fellows will have to await his trial for participating in the Capitol riots in jail. He originally was released on bail, but after leaving obscene voicemails on his probation officer’s phone and even calling the officer’s mother, bail was revoked.