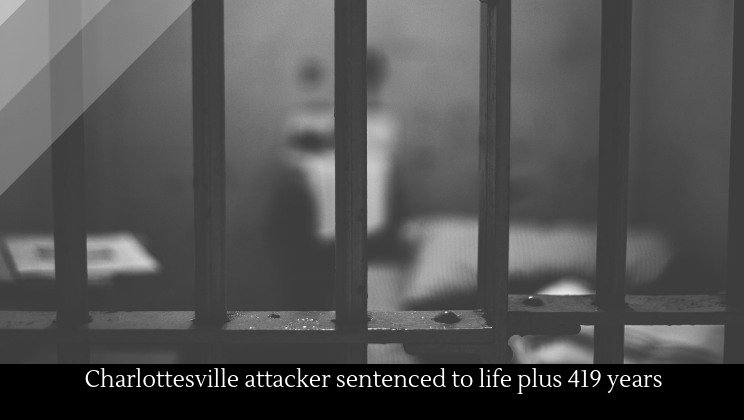 Self-proclaimed White Supremacist James Alex Fields was has been sentenced to life in prison plus an additional 419 years on federal hate crime charges.

Last month, Fields was sentenced to life in jail for that crime. The defense pleaded for a lighter sentence, citing Fields’s tough childhood and mental health issues. Federal prosectors wrote in a statement, “The defendant’s crimes were so horrendous — and the maiming of innocents so severe — that they outweigh any factors the defendant may argue form a basis for leniency.” Fields pleaded guilty to 29 charges earlier this year.

In August 2017, James Alex Fields went to Charlottesville, Virginia to participate in a “Unite the Right” rally. The rally was organized for several reasons, chief among which was to defend Confederate monuments, which have come under fire in the past several years. The rally began on a Friday evening and continued the following day. On that Saturday, counter-protesters tried to shout down the Unite the Right rally. A few skirmishes broke out causing police to break up the rally. Not long after the crowds dispersed, self-described white supremacist James Alex Fields drove his car into a crowd of counter-protesters, killing Heather Heyer and causing dozens of other injuries.