China arrested more journalists in 2019 than any other country 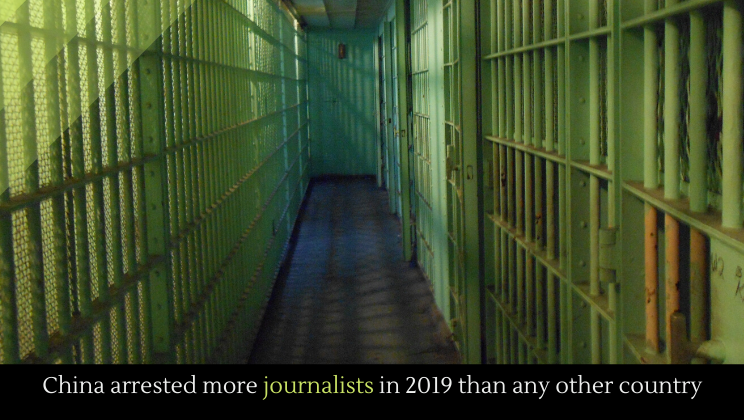 China has the dubious honor of arresting the most journalists of any country in 2019. China arrested at least 48 journalists, one more than last year. The Committee to Protect Journalists, which published the report accounting for the at least 250 journalists arrested this year. The report noted that, in terms of China, “the number has steadily increased since President Xi Jinping consolidated political control of the country.”

China is walking a fine line between soft autocracy and full autocracy, and this latest report tips the scale towards full autocracy. The social credit system is basically a dystopian nightmare. It turns the population of China into its own Big Brother, with citizens watching over their peers and themselves to ensure social conformity. That’s soft autocracy. But the revelation that the state has been using bird-shaped drones to surreptitiously spy on their citizens. That’s full autocracy. From the article: “The bird-like drones mimic the flapping wings of a real bird using a pair of crank-rockers driven by an electric motor. Each drone has a high-definition camera, GPS antenna, flight control system and data link with satellite communication capability.”