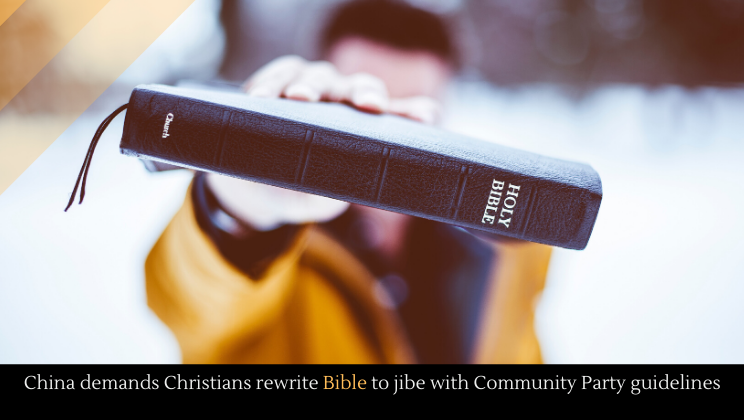 China is ramping up its war against not only religious freedom, but also religion in general. In a bizarre order, Beijing has demanded the Bible be rewritten to fall into line with Chinese Communist Party guidelines. China is also cracking down on Christian home churches.