China ending all contact with US over Pelosi Taiwan visit 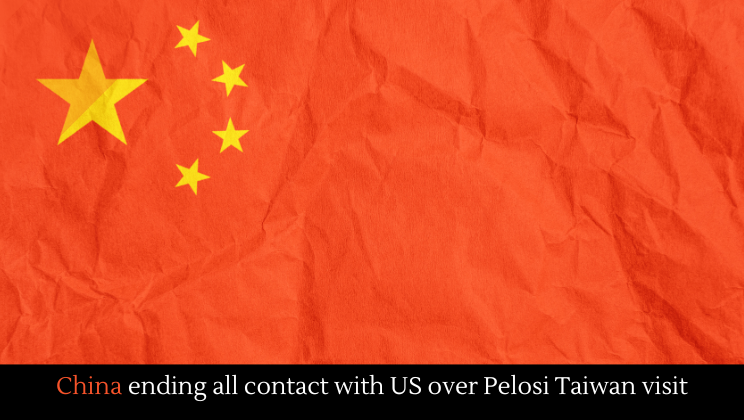 China has ended all contact with the United States over Nancy Pelosi’s visit to Taiwan, including both climate and military accords.Taiwan scrambled jets as 22 Chinese aircraft invade Taiwanese airspace.

A United States aircraft carrier has arrived in the waters near Taiwan as tensions mount over Nancy Pelosi’s Asia visit.