China is gearing up to send military into Hong Kong 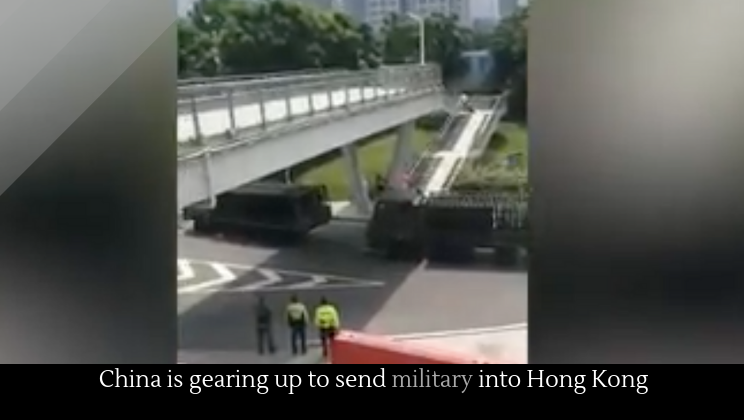