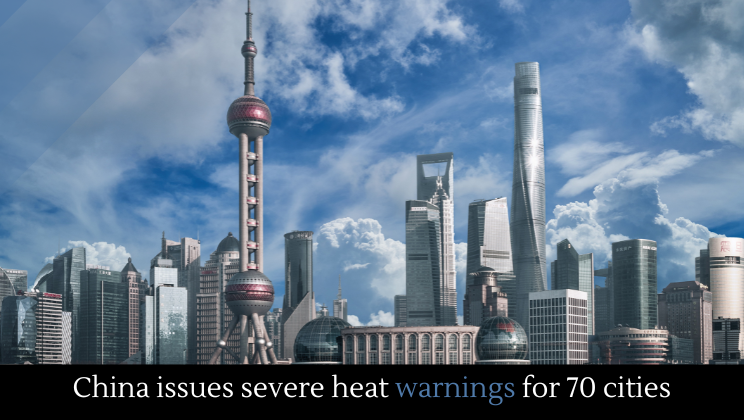 China has issued red-alert heat warnings for 70 cities as heatwave sweeps the nation.

Just this past week, more than 1,000 people have died in Spain as a a result of the heatwave rocking Europe. The United Kingdom saw temperatures of more than 104ºF (or 40.2ºC) for the first time ever. England prepared for weeks for the heatwave —something scientists did not expect to see until 2050.