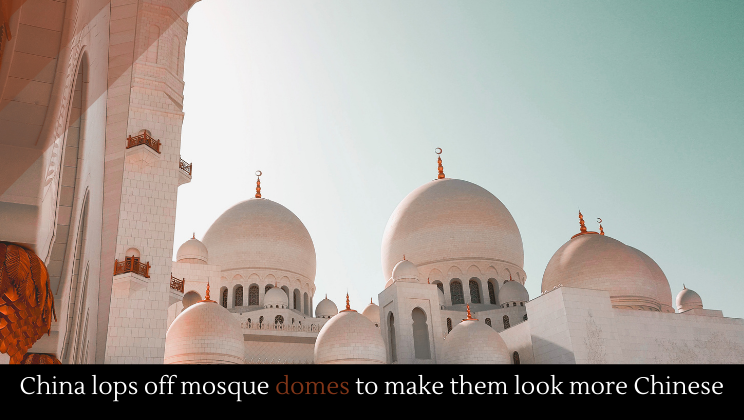 China is cutting of mosque domes in order to make them look more Chinese.