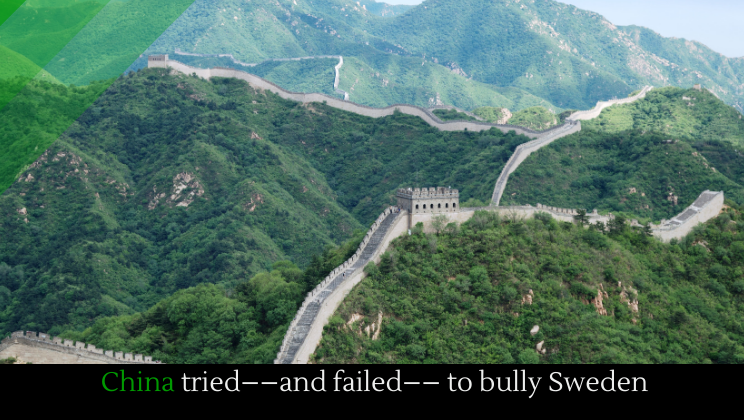 China warned that Sweden would suffer “bad consequences” if they went ahead witht he war. “Giving an award to such a criminal is an outright political farce … It also constitutes a gross interference in China’s judicial sovereignty,” the ambassador said.

The Swedish Prime Minister’s response was unequivocal: “We have no intention of yielding to these sorts of threats. Ever. We have freedom of expression in Sweden and that is what applies here. Full stop.”

It’s time the more countries take a stand. Like Sweden, they all need to stop looking the other way with China’s egregious civil rights violations against its own people. It’s time the world stops allowing China to dictate other nations’ foreign policy by throwing around its economic weight. It’s time to stop doing business with China altogether.