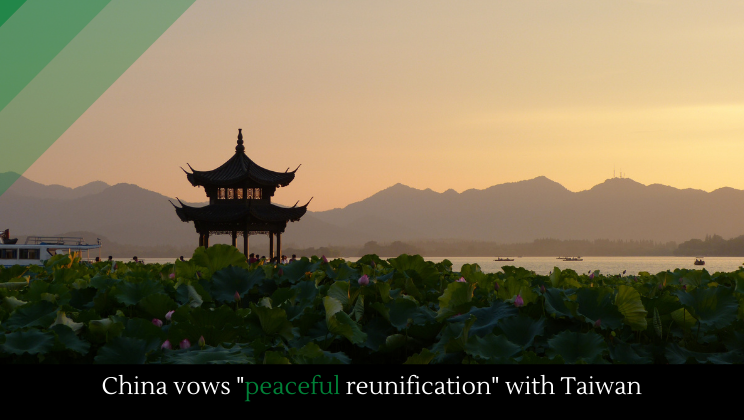 Chinese President Xi Jinping vowed to achieve a “peaceful reunification” with Taiwan, despite the threatening presence of Chinese fighters in Taiwanese airspace over the past months.