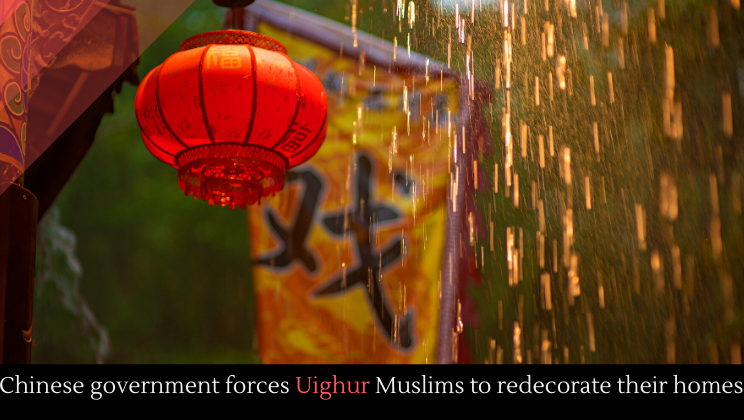 Beijing is allegedly forcing Muslim members of the Uighur community to redecorate their homes, removing anything that doesn’t appear “traditionally Chinese” and replaced with decorations that do.