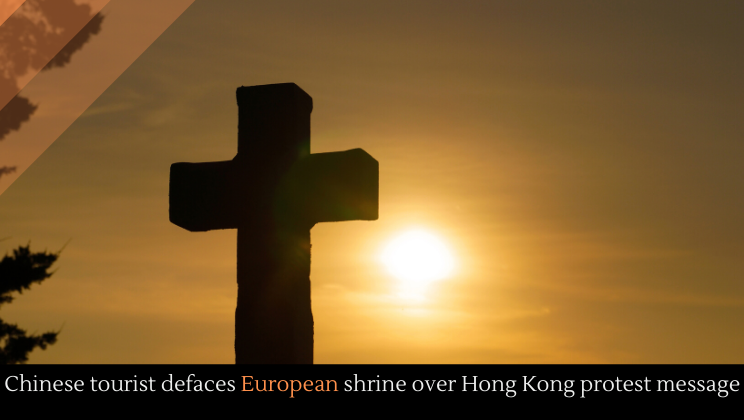 A recently released video shows what appears to be a mainland Chinese tourist defacing a shrine in Lithuania by removing a cross with a pro-Hong Kong message written on it. In the background, the tourist’s friend says, “We have done a good thing today. Our motherland is great.”

The pilgrimage site is home to over 100,000 crosses, which pilgrims have been placing there since the 1830s.

This event reminds us that at least some Chinese citizens support Beijing’s authoritarian moves. Recall that Beijing purged Robinson Crusoe of all references to Christianity––it gave other kids’ books the same treatment. Xi Jinping is also demanding a rewrite of the Quran to align with communist values.

Beijing has also demanded the Bible be rewritten to fall into line with Chinese Communist Party guidelines. China is also cracking down on Christian home churches.

These moves may seem entirely top-down, but videos like this remind us that Beijing’s attempts to tighten its grip over non-majority, non-mainland China is the work of empire, and the citizens represented by empire are often quite content to allow brutal policies against anyone but them.