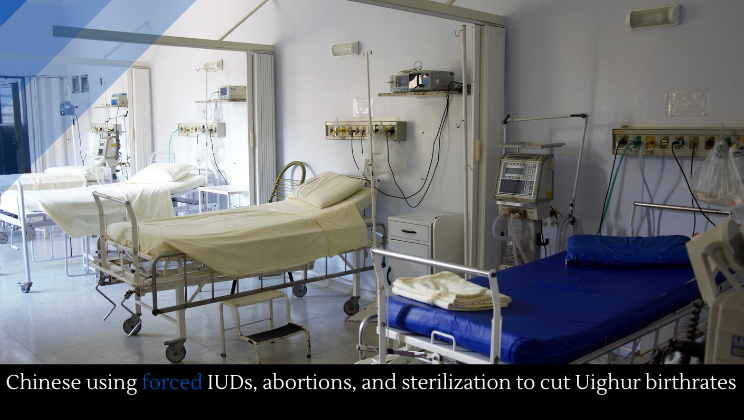 China is using a variety of dramatic, authoritarian measures to cut Uighur birthrates, including forcibly implanting IUDs, abortions, and sterilizations.

A top State Department official accused China of turning Xinjiang into an “open-air prison” and slamming the religious persecution of the Uighur.