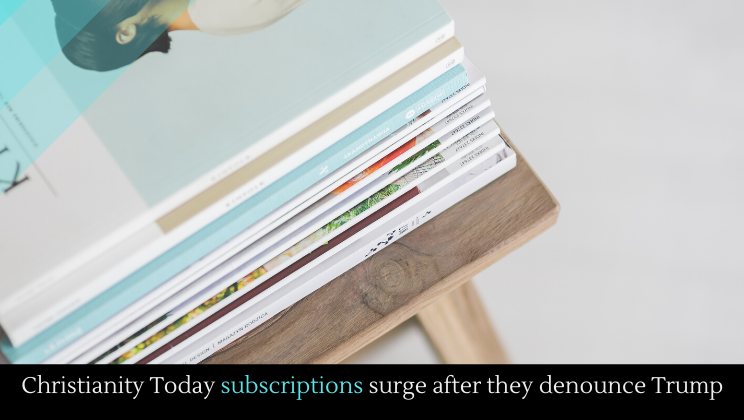 Last week, Christianity Today released a surprising article calling for Trump’s removal. Now, subscriptions to the magazine are surging, with liberal Christians telling them: “thank you!”

The article struck a fair tone, but ultimately made a clear point: