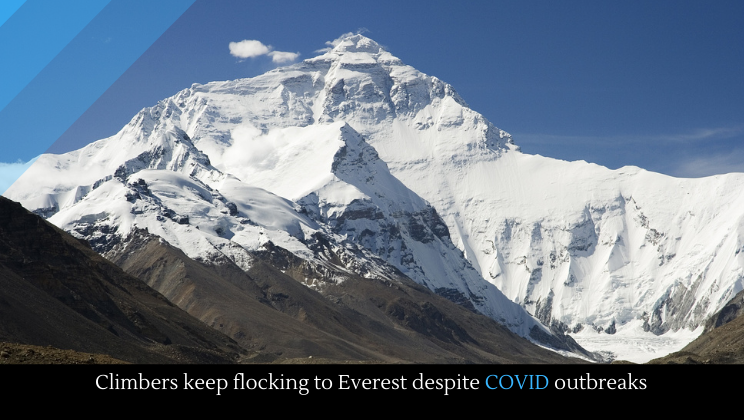 According to a climbing guide, at least 100 in the Everest climbing industry (climbers, guides, and support staff) have gotten COVID. Nevertheless, climbers are still flocking to Everest.

There are fresh waves of COVID surging throughout Asia, ranging from Nepal to Sri Lanka. COVID cases in India topped 20 million. Things have gotten so bad that cricket, one of the nation’s favorite pastimes, has been halted. India’s vaccination rates are plummeting, thanks partly to the collapsing healthcare system in the country and shortages of the Russian vaccine.