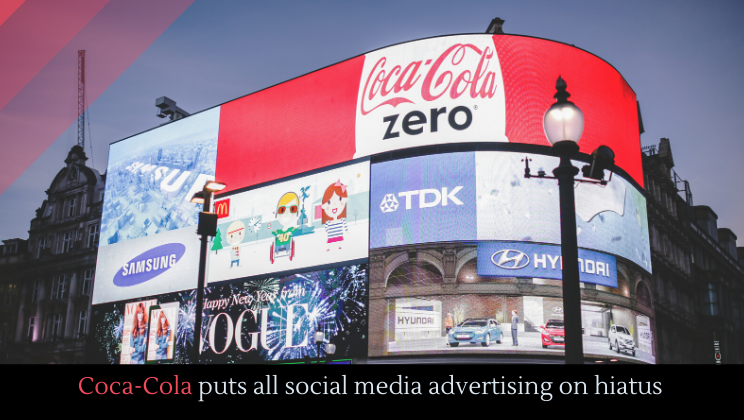 Although Coca-Cola did not explicitly state that it was joining the growing Facebook boycott, the company nevertheless announced that it would pause all of its social media advertising for at least thirty days. This will undoubtedly add to the pressure Facebook is feeling.