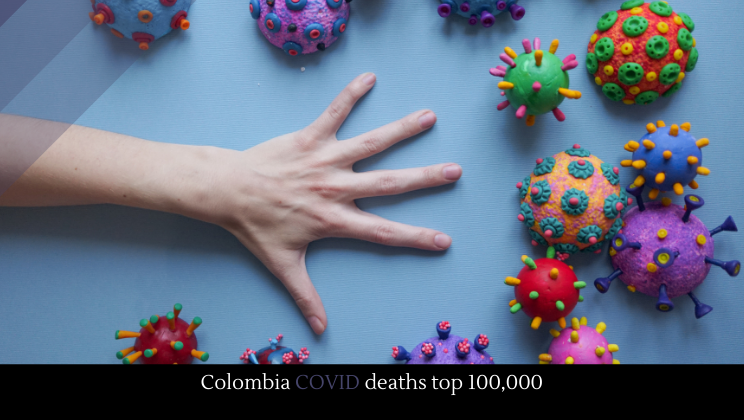 Colombia has seen more than 100,000 COVID deaths as cases surge. Only some 10% of the Colombian population are vaccinated.