Colorado passes bill to confiscate firearms from those deemed dangerous 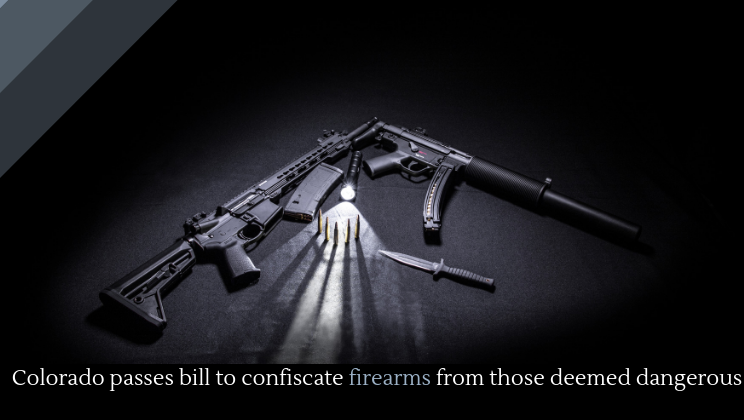 Both houses of Colorado’s state legislature have approved a bill that would allow a family member of law enforcement officer to petition a judge for the confiscation of a person’s firearms, if that person posed a threat to him- or herself or others. The governor, a supporter of the bill, is expected to sign it into law. Nearly 50 of the state’s 62 elected sheriffs have opposed the bill, believing it would jeopardize deputies who attempt to seize weapons. The owner of the firearms can petition to get his or her guns back after two weeks––but the person who suggested the confiscation can also petition to prevent their return.

The state’s decision follows a number of recent mass shooting-related tragedies. In recent weeks, two teenage survivors of the shooting have killed themselves. Sydney Aiello, 19, took her own life after struggling with PTSD and survivor’s guilt. She also struggled to succeed in college because she was afraid to be in a classroom. A few days later, a sophomore survivor took his own life. Police have not yet released his name nor confirmed that his suicide was linked to the shooting, though it is hard to imagine the shooting is not related to his death.