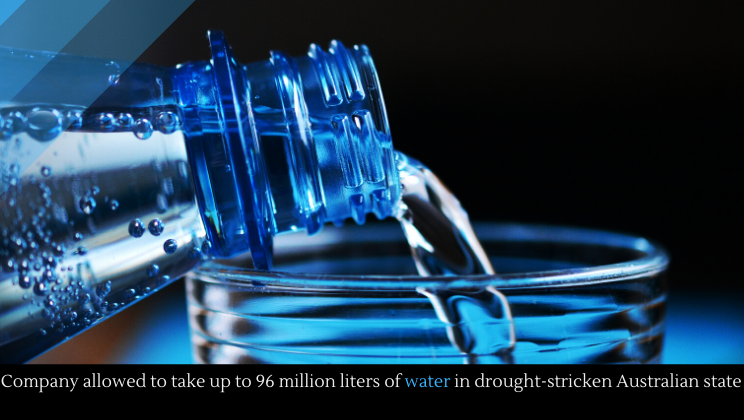 Farmers in Australia, already having a bad year, just got some more bad news. A resort was given permission to extract nearly 100 million liters of water in an area surrounded by farms––in a state in the midst of a drought.

The perils of climate change will certainly be exacerbated by human greed. Although climate scientists are not surprised by fact that fires are sweeping through Australia, they are surprised by the magnitude of the fires. Basically, the fires are far bigger and more devastating than expected. And this is a sign of things to come, they claim. The extremity of these droughts and fires are our new normal. There is no going back. If we don’t stop changing the climate, things are getting worse.