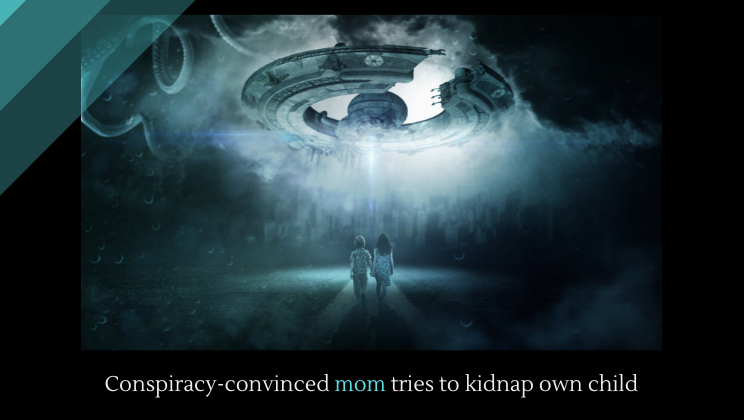 A mother whose child had been removed from her custody was arrested for conspiracy to kidnap the child back. She was being helped by QAnon conspiracy theorists.

If you haven’t heard of QAnon, perhaps you’re lucky. It’s a conspiracy theory born on 4Chan, and named after a user who claims to be an in-the-know government insider. In over a year’s worth of cryptic tweets, QAnon has managed to convince a sizable group of Americans that the world is run by a cabal of satanic pedophiles led by elite liberal politicians. Let that sink in for a moment.