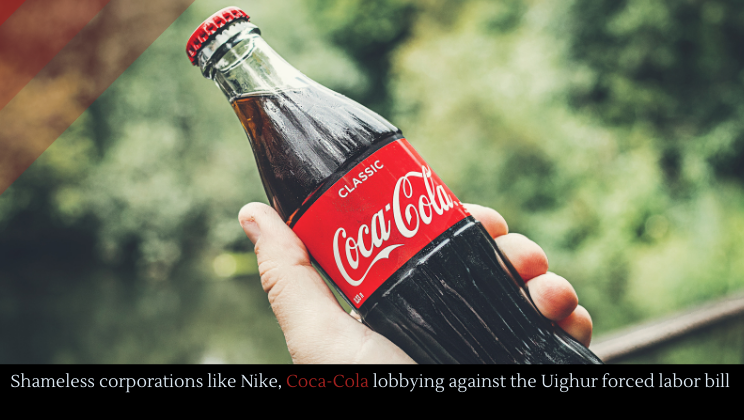 This summer, a recent report out of Australia revealed a shocking number of global companies have been exploiting the Uighur forced labor camps set up by the Chinese government. Here are just some of those companies: Abercrombie & Fitch, Amazon, GAP, H&M, Nike, Jack & Jones, Sharp, Siemens, Skechers, ASUS, Apple, Samsung, Huawei, BMW, Volkswagen, Sony, Polo Ralph Lauren, Puma, Victoria’s Secret, Vivo. Many of those companies are now lobbying against a congressional bill that would crack down on the importation of goods made by forced labor in China.