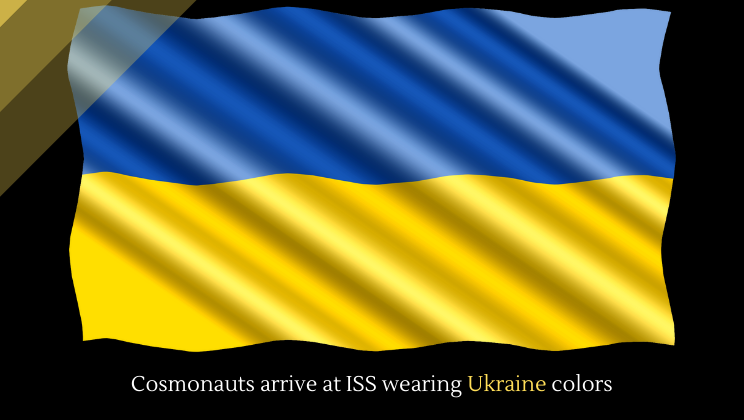 Three Russian cosmonauts arrived at the International Space Station wearing yellow and blue, the colors of the Ukrainian flag.

The hacker collective known as Anonymous has stolen 20 terabytes of data from the German branch of the Russian oil giant Rosneft.  Anonymous has been pilfering Russian data since their invasion on the Ukraine began. Anonymous broke into and released documents from the Russian censorship agency. The documents reveal that Russia, unsurprisingly, altering the narrative of its war in the Ukraine.

Anonymous has hacked into the Russian space agency, the Space Research Institute (IKI), and leaked the files. The hacking group also threatened to continue its operations unless Russia left the Ukraine.

Pressure is mounting from all sides. A Russian oligarch has put a $1 million bounty on Putin, signaling a massive shift in sentiments in Russia.