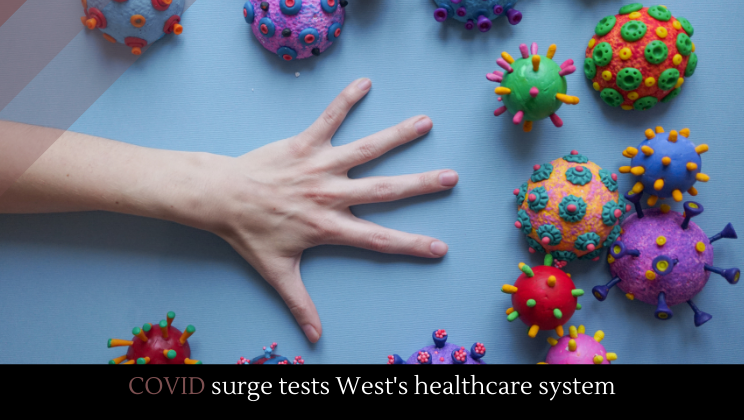 Western states are struggling with the COVID virus, pushing their healthcare systems to the limit. In addition, Anchorage, Alaska has run out of ICU beds, but the number of COVID-related hospitalizations just keep rising.