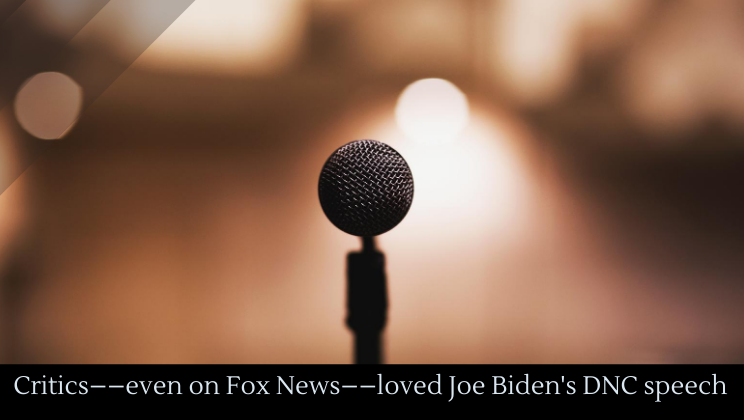 Joe Biden’s acceptance speech for the presidential candidacy was so good, that even conservative/Republican critics liked it. Even Fox News called it a “home run.”

So much is working against Trump. The anonymous Trump official who wrote a devastating op-ed against Trump has spoken up again, this time to encourage voters to get Trump out of office. Florida retirees are also turning on him. They don’t want to vote Democrat, and they are still very anti-abortion, but Trump’s flaws outweigh those two drives.Former President George W. Bush and Senator Mitt Romney have publicly refused to support Trump’s re-election. Jeb Bush is unsure of how he will vote. Cindy McCain, John McCain’s widow, is almost certainly going to vote for Biden.  Colin Powell, who served under both Bushes and Reagan, said that he will vote for Joe Biden. This exodus of influential Republicans may for the party to do some major soul searching.

And it’s not just the White House that’s at stake. Republicans know that to maintain the Senate they need to appeal to college grads and women in the suburbs. But Trump is only focusing on his base, causing extreme anxiety that the GOP will lose the Senate in 2020. We may be witnessing the end of the Trumpism.