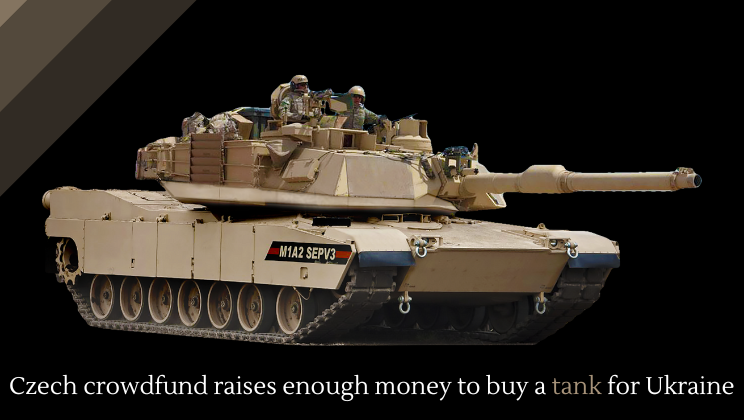 Czech crowders have raised enough money to buy a tank for Ukraine.

Germany, Denmark and Norway are sending howitzers to Ukraine. According to President Zelensky, the United States sent Ukraine sophisticated air defense systems. Despite initial hesitation, Germany has agreed to make howitzers for Ukraine. The U.S. is set to announce a new funding package of some $600 million to help Ukraine defend itself from Russia.