Dalai Lama: “We have power of truth, China has power of gun” 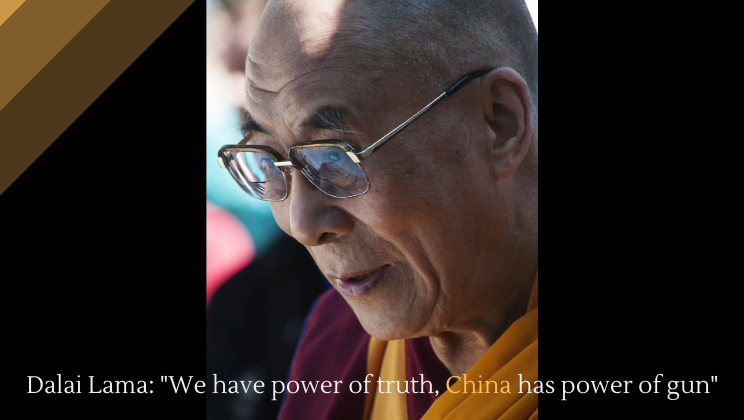 The Dalai Lama’s message come amidst China’s escalating war on Tibetan Buddhism. In recent months, China has tightened restrictions on a major religious festival that takes place in Lhasa every year.