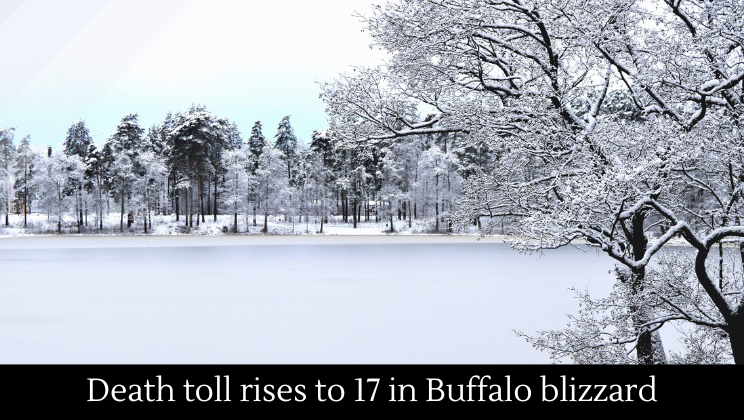 The death toll in the Buffalo blizzard has risen to 17, with snow accumulation totaling four feet of snow.

The storm left more than a million people without power.