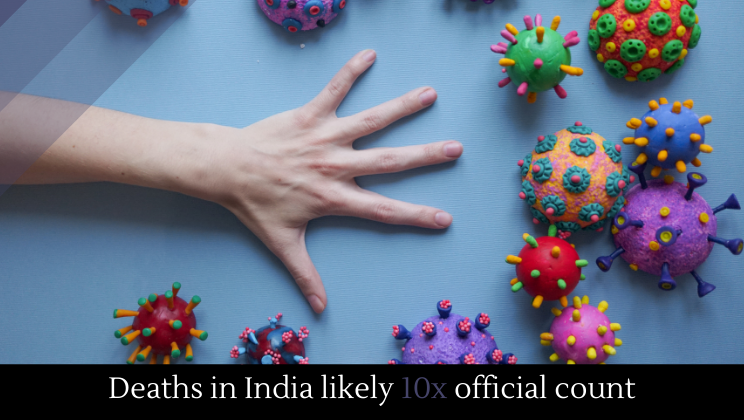 According to Arvind Subramanian, a former chief economic adviser for the Indian government and researchers at the Center for Global Development and Harvard University, the there are an estimated 3 to 4.7 million additional deaths to those officially recorded.

Hundreds of death shrouds appeared when rains washed away the top layer of sands along the Ganges in the Indian state of Uttar Pradesh. Unaccounted for dead spread across the sands. Meanwhile in Bihar, the death toll for April and May was revised from about 5,500 to about 9,400. In some cases, villagers fished hundreds of bodies out of a river. In many cases, the original, low numbers were not accidental: they were the result of deliberate obfuscation on the part of officials.