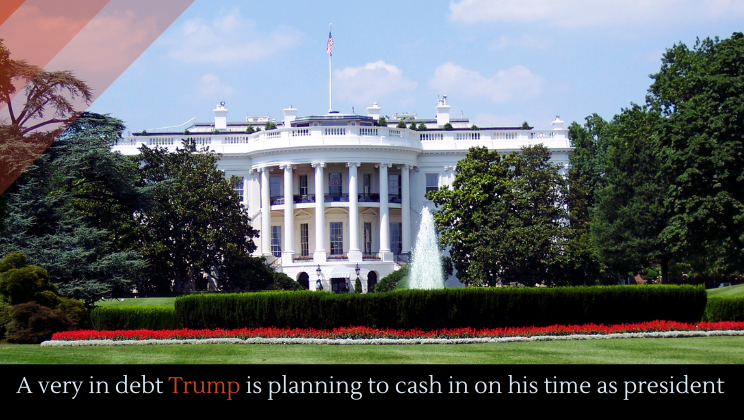 Donald Trump is very much in debt, something to do the order of $400 million, but he has a plan. He aims to write a memoir, appear on TV, and do whatever he can to make up some of that money.

Aides also suggest that Trump wants to be a political leader in the years to come. According to a White House aide, Donald Trump is “very aware” that he lost the election, but he is putting up a fight as a “performance” for his supporters.