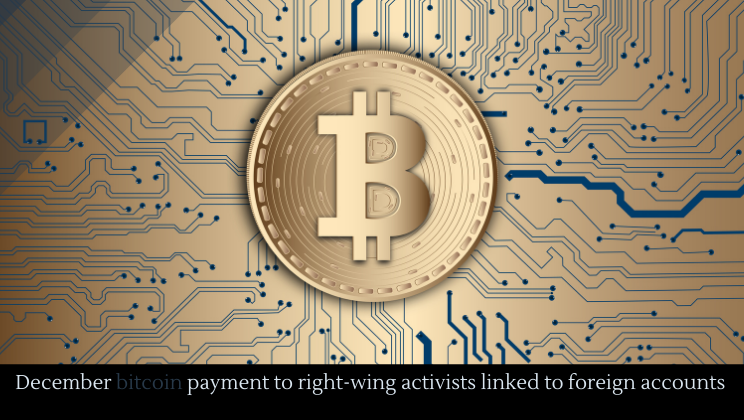 On December 8, a foreign entity made some $500,000 worth of bitcoin donations to right-wing activist groups, and officials believe those donations came from a foreign actor.

The donation highlights how easily far-right groups can be highjacked by foreign bad actors. This makes the Republican Party particular vulnerable, and indeed the Republican Party is facing a reckoning following the January 6 insurrection at the Capitol. One member of the party, a former Oklahoma congressmen, has left the party, calling it a “cult.” CNN, meanwhile, is accusing the GOP of being an empty shell of itself and suggesting that it stood for nothing.