Democrats are worried about voter overconfidence 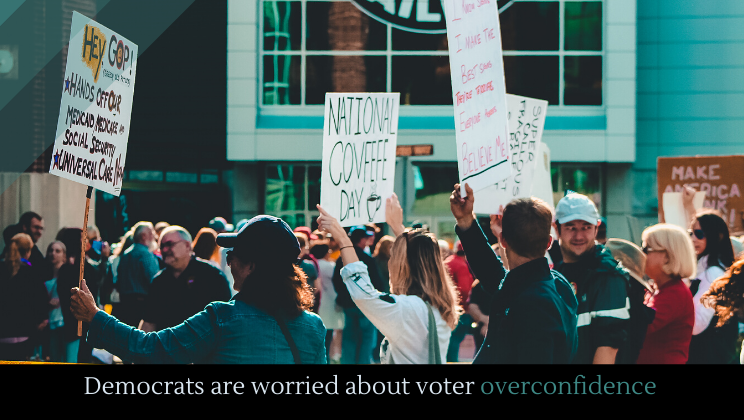 A New York Times poll puts Biden a whopping 14-points ahead of Trump. Naturally, Trump doesn’t believe the poll, since the New York Times is “fake news,” but he’s likely worried. He’s not the only one who’s worried. The Democratic Party is afraid the same thing will happen in 2020 as happened in 2016––voters will get complacent and fail to vote. So, Biden himself is advising supporters to forget the polls and get registered to vote. And the Democratic Party, meanwhile, is fretting something fierce.

It’s easy to see why the Dems are worried. Donald Trump is already on the ropes in the 2020 campaign, and it’s barely started. His much-hyped return rally in Tulsa was, in short, a big ol’ dud. The venue could hold nearly 20,000 people, but only about 6,00 showed up. Trump was allegedly furious about the poor turnout. Trump’s campaign tried to spin the poor attendance, but even Fox News didn’t buy it. The mayor of Atlanta called the event an embarrassment.

In short, Trump is up a campaign creek. And what does a bad leader do when things don’t go well? Shunt responsibility, of course. And that’s what Trump is doing, he’s preemptively blaming foreign countries for his 2020 loss.