Dems may try to impeach Trump Monday or Tuesday 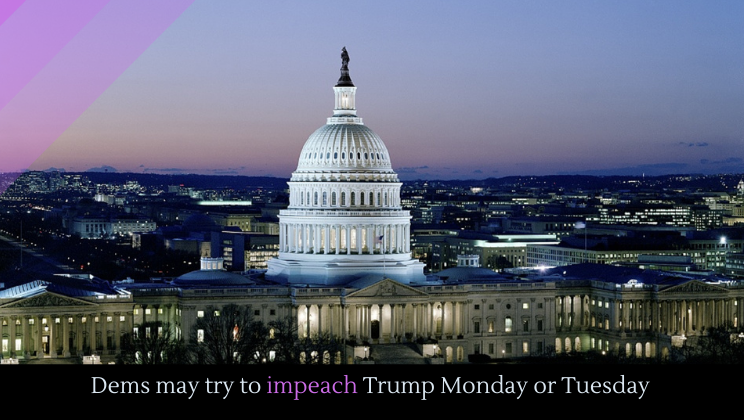 Democrat lawmakers may bring an Article of Impeachment against Donald Trump, following the Capitol riots, as early as Monday. It is also possible that they will delay Impeachment until Tuesday, or perhaps even abandon the attempt altogether to avoid locking up the Senate during Biden’s first days in office.