Despite apologies, Blizzard still gets boos 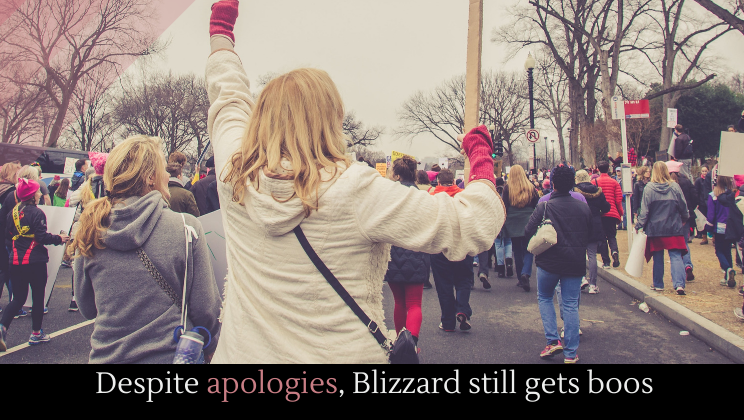 Blizzard has tried to rectify its catastrophic handling of a sticky situation of its own making. The company banned several players for supporting the Hong Kong protests, sparking a huge backlash––and that backlash continued during Blizzcon, the company’s annual convention. Protestors gathered at Blizzcon, and the company’s apologies––from the mouth of the CEO himself––did not help to silence the riots.

Blizzard did an unintentionally fantastic job of supporting the Hong Kong protests by banning players who support them. The company just banned another three players for six months for holding up a sign that said “Free Hong Kong, Boycott Blizz.” This move will undoubtedly just draw more attention to the issue and add more support to the protestors’ cause.