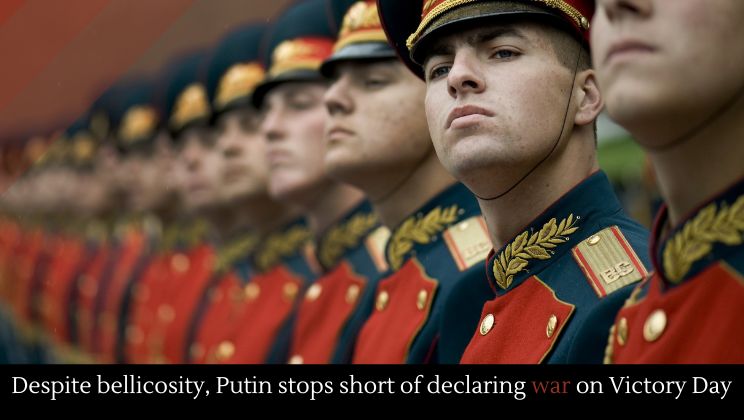 Despite Putin’s rabid bellicosity in recent months, he stopped short of declaring war on Ukraine during his Victory Day speech.

Russia has denounced Israel, claiming it supports a “neo-Nazi regime in Ukraine.” Russian state TV has also aired CGI clips of nuclear weapons blowing up Ireland for its support of Ukraine.

Russia has warned that it will deploy nuclear missiles if Finland and Sweden join NATO after moving heavy weapons systems to the border of Finland just hours after warning it not to join NATO.