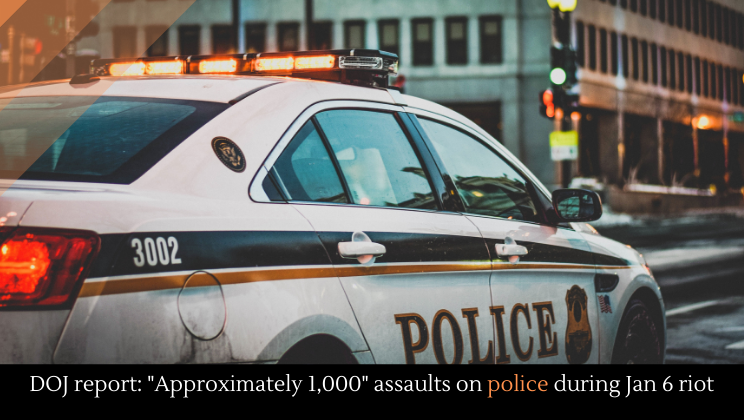 According to a DOJ review of police bodycam footage, there were about 1,000 unique assaults on police during the Capitol riots.

Officers with the Capitol Police are suing Donald Trump, Roger Stone, the Proud Boys, and several other entities for their responsibility in the Capitol riots. Just last month, Chief U.S. District Judge Beryl A. Howell of Washington has challenged the Justice Department’s punishments for the Capitol rioters, wondering why they are being fined $1.5m when taxpayers are footing a whopping $500 bill.