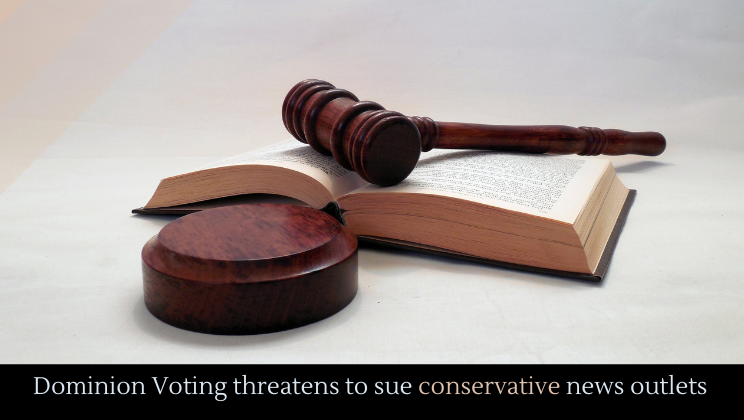 Dominion Voting Systems has been a consistent target of Donald Trump’s election conspiracy theories, and they are fed up with it. As a result, they’ve sent 21 letters to the White House, Fox News and several of its hosts, and more.

After Fox News hosts recited a host of nonsensical election fraud claims, voting technology company Smartmatic sent the network what lawyers call a “nastygram.” To avoid being sued, Fox was forced to air a package debunking its hosts own claims about election fraud.