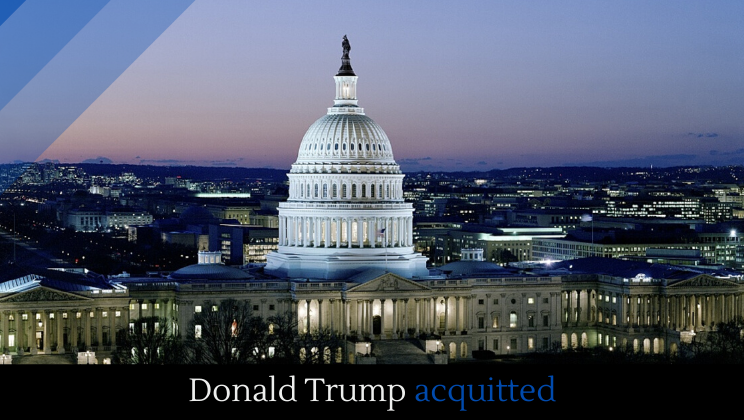 Donald Trump has been acquitted of all charges passed by the House. All but one Republican––Mitt Romney––voted to acquit Trump of Article I, Abuse of Power. All Republicans voted to acquit him Article II, Obstruction of Congress.

According to a CNN poll from before the Senate trial, 51% of Americans want the Senate to remove Trump from office. Only 45% say no, and almost 70% wanted the Senate to hear new evidence. That did not happen, of course. Perhaps this is a gamble by Democrats to drum up antipathy towards Trump and the GOP.

Before the Senate received the Articles of Impeachment from the house, support for impeachment grew over time. By the end of the House process, according to a Fox News poll, 54% of Americans wanted Trump impeached. What’s more, over a dozen editorial boards supported impeachment and removal from office.

That it was a Fox News poll that shows turning tides is significant. Last month, Fox News host Chris Wallace declared war on Trump. That’s only because he thinks that Trump declared war on him, first.

Last fall, he was booed at the World Series, the height of American sports. And to make matters worse, parts of the crowd also turned his own chant against him, shouting “lock him up!” Watching the video, it’s clear he’s muttering under his breath and trying not to storm out of there.

Another poll––taken before Trump’s disastrous Turkey incident––shows that approval of the impeachment investigations into him is on the rise. Fifty-four percent of Americans approve of the investigation, with only 44% disapproving of the investigations. Worse for Trump, 58% of respondents believe that Trump definitely or probably did something that constitutes “grounds for impeachment.” Most of the increase comes from moderate or independent-leaning Democrats, but some is coming from Republicans.