Donald Trump forgot the words to the national anthem 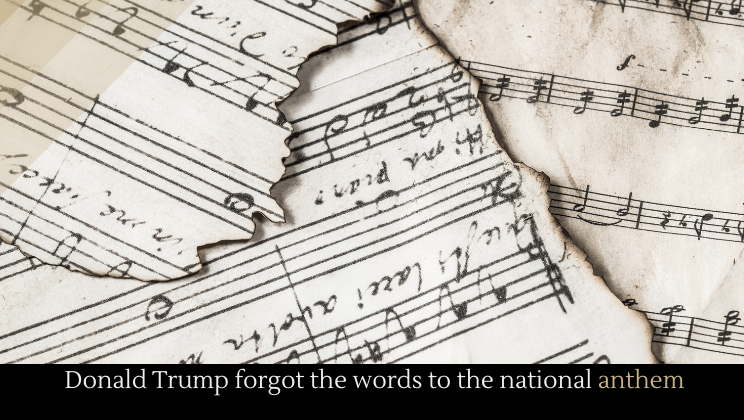 Recently released footage of Donald Trump at a college football game shows the president apparently forgetting the words to the national anthem. He stops singing before the last line, and then looks around––when he sees people still singing, he continues. At least, that’s how the Independent views it. I think it’s fair to speculate that Trump may have stopped singing because that line has a note that’s hard to hit.

But whatever the reality, this event will contribute to the narrative that Trump is losing his marbles.  According to sources near Trump, he stumbles, slurs, and gets confused.

What’s more, these events continue to call into question Trump’s competence. Last month, Trump tweeted an image of a failed rocket launch in Iran. He taunted Iran, sending “Iran best wishes and good luck in determining what happened.” But the joke was not on Iran, it was on Trump, because by sending that image into the ether he offered what experts say is a goldmine of information.