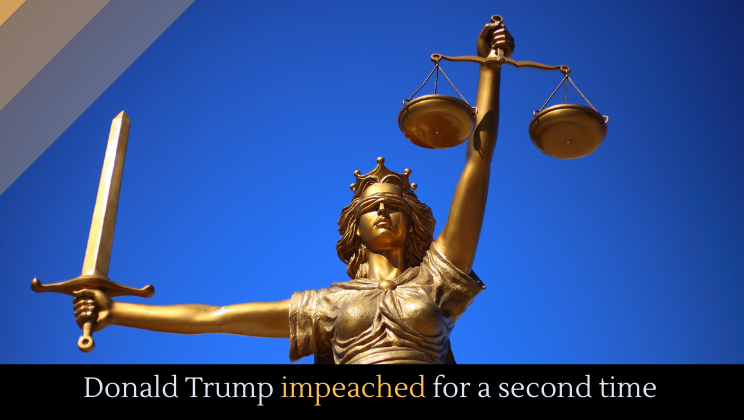 Democrat lawmakers announced a potential Article of Impeachment against Donald Trump almost immediately following the Capitol riots, as early as Monday. Today, Donald Trump has made history by being the only president ever impeached twice. The case will likely not go to the Senate until Joe Biden is president.